The Lola American India Pale Ale (IPA) came to stir up the world of beer.

By Γεωργία Τεντζεράκη28 November 2019No Comments

The Lola American India Pale Ale (IPA) came to stir up the world of beer. 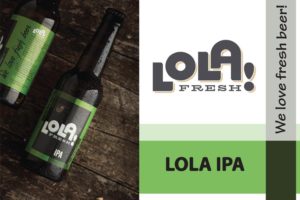 The special IPA beer has become one of the most important types of craft beer in the world. In Greece, they are relatively new compared to other foreign countries.

Usually the most sour flavors are preferred, as from a genetic point of view we have an aversion to the bitter taste which is recorded in our DNA.

According to the geneticists, human taste is an evolved sensation that keeps us alive and safe. Because our brain recognizes the sweet taste as calories it accepts it more easily than bitter which means alarm describing food as poisonous.

Some factors allow us to bypass our genetic preferences, and a typical example is the coffee we all started as sweet, resulting from many being drunk mediocre or even black.

So we would say that it is the case with the beers that cause in the beginning a denial and then it ends up being the specific type of beer and our favorite. Definitely Lola IPA is a new, delicious and special beer that you will never forget.

Consult a friend who has more experience in craft beer. They have colors that you are not used to seeing in beer, and flavors that will change your view of beer.

This website uses cookies to improve your experience while you navigate through the website. Out of these, the cookies that are categorized as necessary are stored on your browser as they are essential for the working of basic functionalities of the website. We also use third-party cookies that help us analyze and understand how you use this website. These cookies will be stored in your browser only with your consent. You also have the option to opt-out of these cookies. But opting out of some of these cookies may affect your browsing experience.
Necessary Always Enabled
Necessary cookies are absolutely essential for the website to function properly. This category only includes cookies that ensures basic functionalities and security features of the website. These cookies do not store any personal information.
Non-necessary
Any cookies that may not be particularly necessary for the website to function and is used specifically to collect user personal data via analytics, ads, other embedded contents are termed as non-necessary cookies. It is mandatory to procure user consent prior to running these cookies on your website.
SAVE & ACCEPT